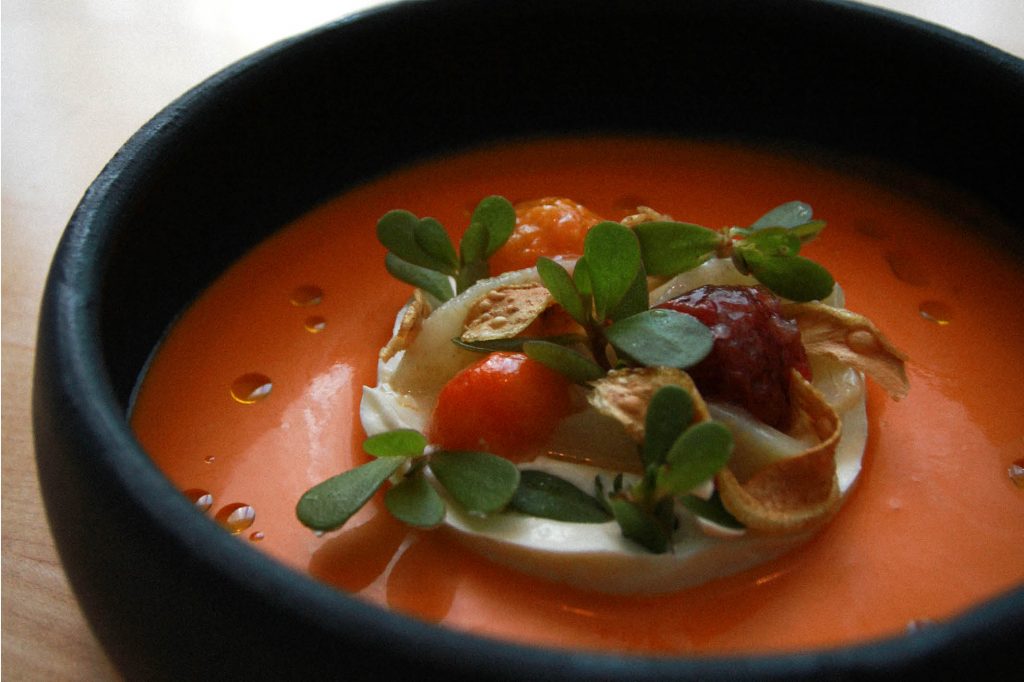 / Michelin on the Road leaves mark in Vancouver

Michelin on the Road

“Putting the rubber to the road, the arbiters of restaurant stardom, Michelin, operates exclusive events called Michelin on the Road, bringing Michelin chefs to cities not covered by the Michelin guide — like Vancouver. I was thrilled to be invited when chef Ryan McCaskey of two-star Acadia in Chicago teamed up with chef Hector Laguna of Botanist at Fairmont Pacific Rim Hotel last week. It was the second such foray into Vancouver, the first being a hook-up earlier this year between Lee Cooper of L’Abattoir and Lee Wollen of Boka in Chicago.

The seven-course wine dinner at Botanist was exquisite with Laguna as much a heavyweight as McCaskey. His potato mousseline with cured egg, cultivated cream and Northern Divine caviar and a confit of tomatoes with buffalo ricotta, artichokes and tomato gazpacho were sublime. McCaskey’s kohlrabi soup, with cucumber, granola and West Coast oyster and his summer squash with shishito peppers, madeira jus and butter poached lobster were equals.”